On April 25 the final part of the National Project “Beauty for the Good” (Silk Road) took place at the M17 Modern Art Center during which the Ukrainian Record was established in the category “Writing a picture for a charity auction simultaneously by ten Miss Ukraine and Vice-Miss Ukraine together with People’s Artist of Ukraine Vladimir Kozyuk and Honored Artist of Ukraine Oleg Pinchuk”.

After the presentation of the picture and the official registration of the record establishment, an auction was held. The CEO of UIMC Liu Iuidan purchased the main lot of the auction- a picture painted simultaneously by ten “Miss Ukraine” and “Vice-Miss Ukraine” together with Vladimir Kozyuk and Oleg Pinchuk. All the collected funds from the auction were donated to the Children’s Department of the Heart Institute under the supervision of a cardiosurgeon B. Todurov.

Also there was a presentation of a new artwork by Vladimir Kozyuk, a triptych “The Tale of Morning Mood”, which is planned to be shown in the exposition at the International Silk Road Forum, which will be held in the Chinese city of Dunhuang in autumn 2017. 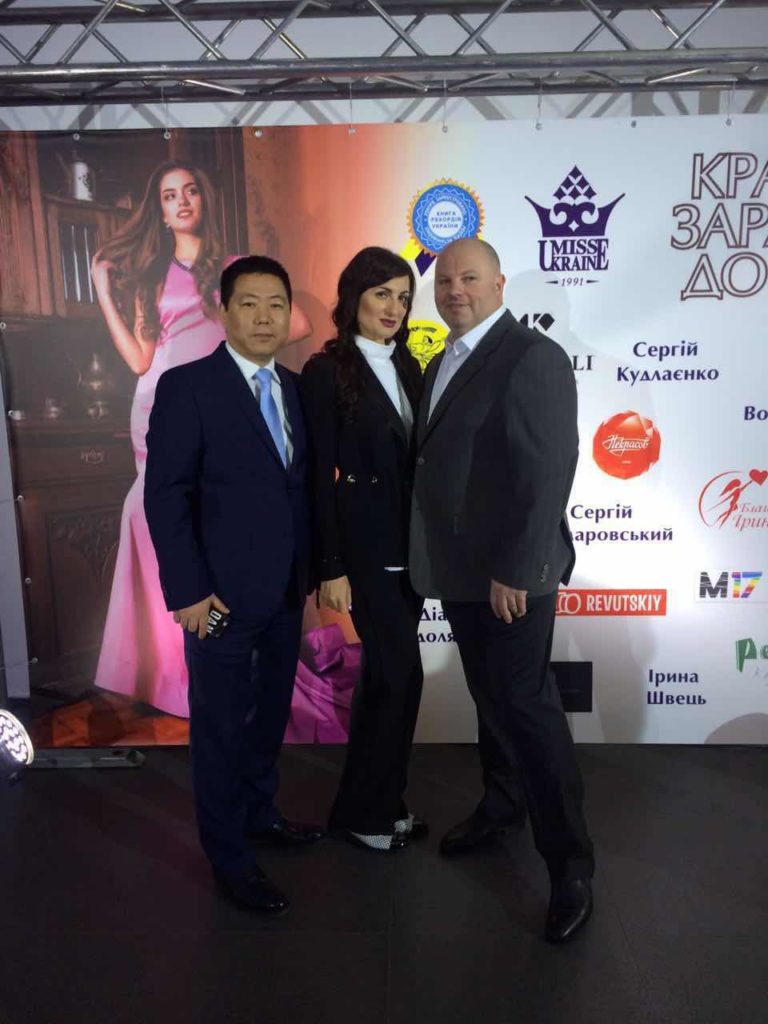 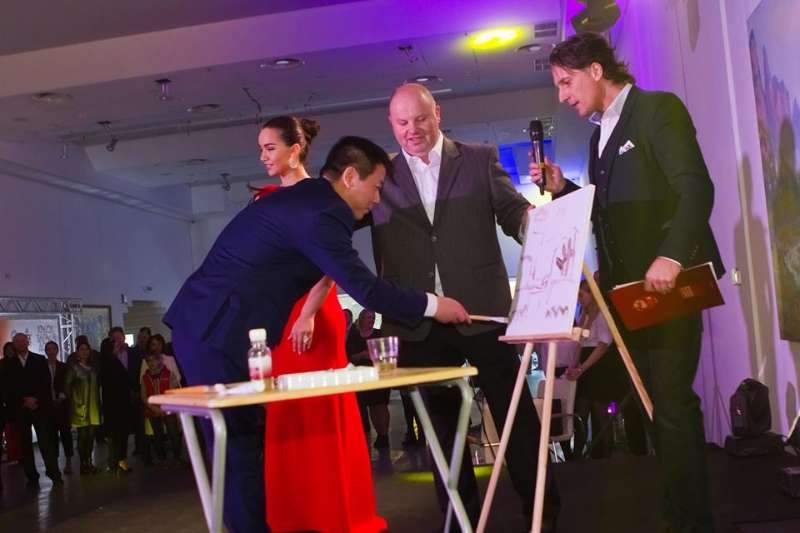 Liu Iuidan drawing the picture for the charity auction. 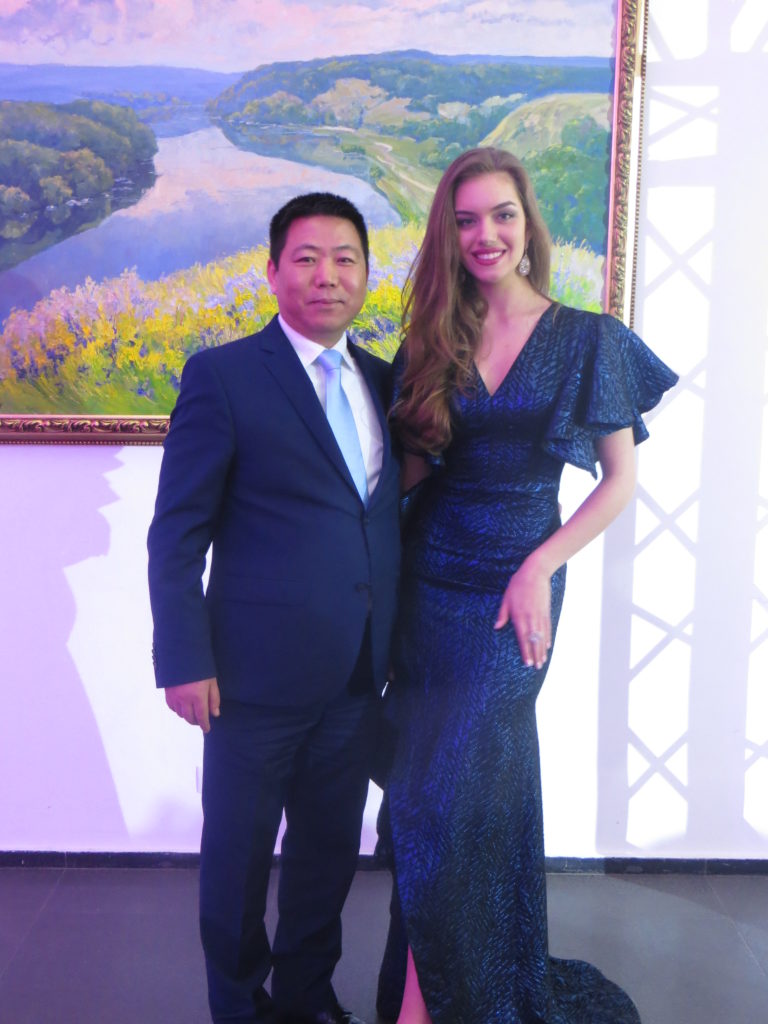 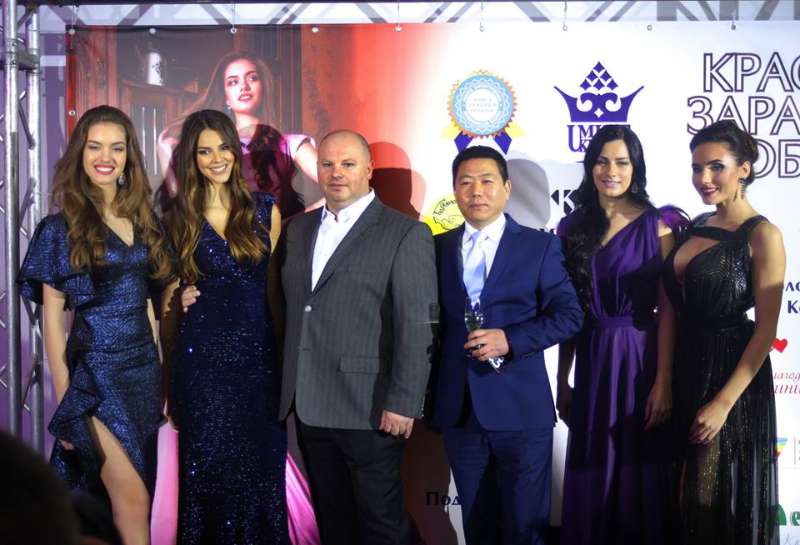 Liu Iuidan and Vladimir Kozyuk with girls from Miss Ukraine.